December 7, 2021, marked the 80th anniversary of the attack on Pearl Harbor and the beginning of the United States’ involvement in World War II. The site was designated a national historic landmark in 1964 and is one of the most important historic sites on the island of Oahu. As part of our commitment to showing visitors the beauty, history, and spirit of Oahu, Royal Star Hawaii is honored to provide premier tours to Pearl Harbor, the USS Arizona Memorial and Downtown Honolulu.

Whether it’s your first time visiting Oahu or your tenth, a trip to Pearl Harbor is one you will never forget. Guests will receive the award-winning service that has made Royal Star Hawaii Oahu’s premier tour company. Your tour includes a deluxe gold bus with a free onboard restroom, panoramic windows, reclining seats, onboard documentaries and more. Your Royal Star Driver Guide provides expert live narration throughout the tour and is there to assist you at each stop. 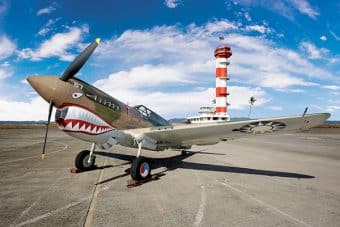 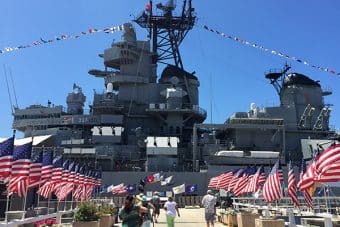 When you choose your Pearl Harbor visit with Royal Star Hawaii, we offer two experiences. The first includes a visit to the Pearl Harbor National Memorial, USS Arizona Memorial and Downtown Honolulu. Guests will experience the world museums and waterfront exhibits at the Pearl Harbor Visitor Center. You will then take a shuttle boat ride to visit the USS Arizona Memorial, one of the most significant landmarks in American history. Afterward, you’ll drive through the National Memorial Cemetery of the Pacific followed by a bus tour through Downtown Honolulu and the Hawaii State Capitol District.

Our second tour option includes all the destinations above and an additional visit to the USS Battleship Missouri Memorial. Often referred to as America’s most historic battleship, the USS Missouri served in World War II, the Korean War, and Operation Desert Storm. It is most famously known as the site where the Instrument of Surrender was signed to officially end World War II. Visitors can walk through the decks of this historic landmark and get a glimpse at what life was like for sailors on this amazing ship.

By submitting this form, you are consenting to receive marketing emails from: Royal Star Hawaii, 2277 Kamehameha Highway, Honolulu, HI, 96819-2309, US, https://www.royalstarhawaii.com. You can revoke your consent to receive emails at any time by using the SafeUnsubscribe® link, found at the bottom of every email. Emails are serviced by Constant Contact.