Top 10 Things To Do on Oahu

Oahu definitely suits its nickname as “The Gathering Place.” Home to more than 65% of the Aloha State’s total population, Oahu brings together a melting pot of cultures and traditions. In addition, this island not only has the popular tourist attractions of Honolulu and Waikiki. But it also offers scenic nature escapes, historical battle sites and idyllic old Hawaii towns where kama’aina and visitors can sightsee. With all the options that Hawaii’s third largest island has to offer, let’s explore our Top 10 Things To Do on Oahu! 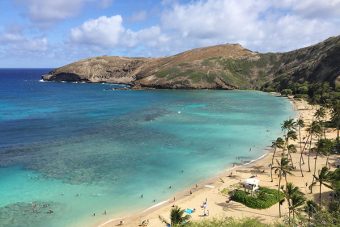 1. Hanauma Bay Nature Preserve
Known for its pristine beauty and clear teal waters, Hanauma Bay is a world-renowned snorkeling spot. Located on Oahu’s east side, this nature preserve was formed within a volcanic cone. For many years, Hawaii’s royalty spent their time at Hanauma Bay fishing and entertaining. In 1967, Hanauma Bay was declared a protected marine life conservation area. It is home to coral reefs, green sea turtles and 400 fish species, including Hawaii’s state fish, the humuhumunukunukuapua‘a. 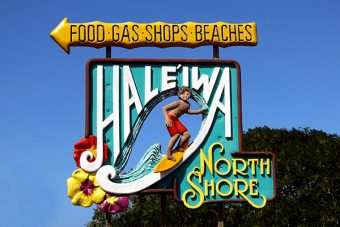 2. North Shore Beach and Haleiwa Town
When booking Royal Star’s 9-hour Grand Circle Island & Haleiwa Town Tour, guests will marvel as they pass by the sandy beaches of the North Shore. Surf lovers will also enjoy seeing the Seven Mile Miracle – a stretch of beaches that include Sunset Beach, Banzai Pipeline, Waimea Bay and other iconic surfing spots. After driving along these beaches, guests can explore the laid-back surfing town of Haleiwa where they can shop and try the mouth-watering garlic shrimp plate, refreshing shave ice, tropical fruit stands and other local flavors. 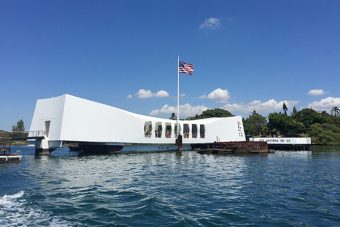 3. Pearl Harbor National Memorial
Designated as a national historic landmark in 1964, Pearl Harbor is the most visited attraction on Oahu. Visitors can browse the museums at the Pearl Harbor Visitor Center and take a shuttle boat ride to the final resting place of the USS Arizona Memorial. Pearl Harbor is also home to the Battleship Missouri Memorial, which played a key role in ending World War II. 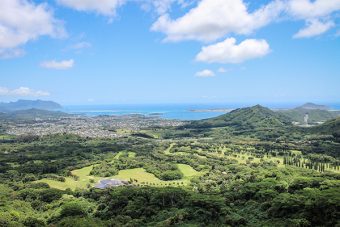 4. Nuuanu Pali Lookout
The lush Pali Lookout offers breathtaking views of Oahu’s windward side and the Koolau Range. This Lookout was the site of the historic Battle of Nuuanu that King Kamehameha I won in 1795, enabling him to unite Oahu under his rule.

Our Grand Circle Island & Haleiwa Town Tour offers a stop at this location where guests can experience Pali Lookout’s panoramic views, verdant rainforests and howling winds! Guests can also enjoy a poi malasada treat and bottled water that are included in this all-day adventure. 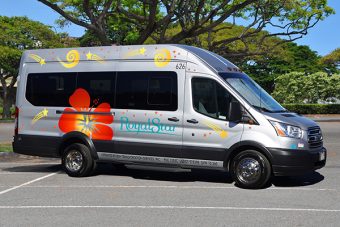 To book a private group tour to Waikele onboard Royal Star, click here or call 808-983-7792. Your group will enjoy not only the comfort of our vehicles, but also the ample space to put all your shopping hauls. 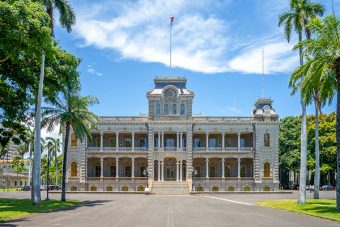 6. Iolani Palace
Registered as a National Historic Landmark since 1962, Iolani Palace is the only royal palace in the United States. Built in 1882, it served as the residence of Hawaii’s last reigning monarchs, King Kalakaua and and his sister Queen Lili‘uokalani. After the overthrow of the monarchy in 1893, Iolani Palace served as the Capitol for almost 80 years and later restored in the 1970s. 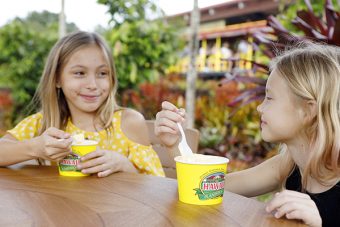 Located in Wahiawa on central Oahu, the Dole Plantation is the perfect stop in our Grand Circle Island & Haleiwa Town Tour. Here, guests can have the complete pineapple experience and even try the world-famous Dole Whip! 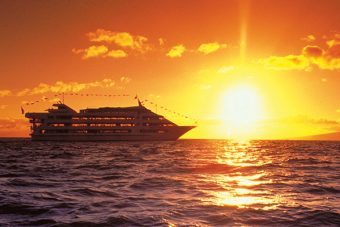 With more than 65 years of experience, our friends at Star of Honolulu will make every moment unforgettable – whether you’re looking for a romantic night on your Hawaiian vacation or a festive experience for weddings, anniversaries, birthdays, family reunions and corporate events. 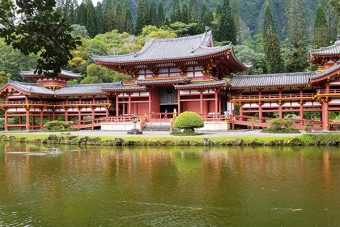 9. Byodo-In Temple
Located in Kahaluu, the Byodo-In Temple was established in 1968 to commemorate the 100th year anniversary of the first Japanese immigrants to Hawaii. With the Koolau Range as its scenic backdrop, the temple grounds include a sacred bell house, koi ponds, lush gardens and meditation areas. If this iconic site looks familiar, it’s because it’s a smaller replica of the 950-year-old-plus Byodo-In Temple in Uji, Japan. Plus, this temple on Oahu’s windward side has been featured on T.V. shows, including Hawaii Five-O, Lost and Magnum, P.I.

10. Diamond Head Crater Hike
Hawaii’s most recognized landmark can be enjoyed not only from afar, but also uphill! The 0.8 mile hike to the Diamond Head summit offers breathtaking coastline views, stretching from Koko Head and Honolulu all the way to Waianae on the west side. Plus, you may get lucky and spot a rainbow across the sky or passing humpback whales during the winter months.

If this hike excites you, visit our website or call us at 808-983-7792 to schedule a customized private group itinerary to Diamond Head or any other spots you’ve read in our Top 10 Things To Do on Oahu. We hope to see you soon and share with you the spirit of Aloha!

By submitting this form, you are consenting to receive marketing emails from: Royal Star Hawaii, 2277 Kamehameha Highway, Honolulu, HI, 96819-2309, US, https://www.royalstarhawaii.com. You can revoke your consent to receive emails at any time by using the SafeUnsubscribe® link, found at the bottom of every email. Emails are serviced by Constant Contact.